Companies are lying about whether their products can be recycled. California's putting a stop to it 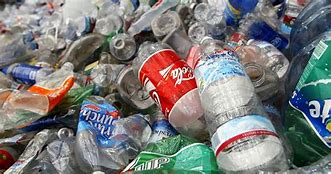 We're being buried in plastics, and not even 10% of it is getting recycled—no matter what the labels say.

In California, a new bill to force corporations to put recycling symbols on fewer products has just passed the state assembly and is almost certain to become law. On first inspection, that might sound like a bizarre reversal for a state that has regularly led the way on environmental and climate issues. It's not. On the contrary, putting recycling symbols on packages that don't have a prayer of actually being recycled has been a commonplace form of "greenwashing" for some time now, and states struggling with the rising cost of trash disposal and recycling logistics are getting increasingly fed up.

The big culprit is, as you might reasonably guess, single-use plastics. One of the not-secret secrets of recycling programs is that just because a product is made of plastic that theoretically could be recycled, in practice, the numerous common variations used in manufacturing have very different properties to consider when it comes to actually turning the waste into some other future commodity. For example,  #1 and #2 plastics are fairly easily recycled; #5 plastic, which many plastic lids and caps are made of, usually must be removed from the recycling stream.

Other plastic objects aren't recyclable simply because of their shape. Recycling centers can't sort any plastic bags, plastic films, or other thin-plastic materials because they notoriously twist around and binds in the machinery used. It's prohibited, except in dedicated bins of the sort now commonly seen at supermarkets. That doesn't mean it can be reasonably recycled, and the bags are still among the most common forms of litter and pollution, so many municipalities are taking steps to ban them outright. Much of what supermarket shoppers buy in deli sections and other areas of the store are sold in plastic trays or containers; those, too, are often thrown out even when they enter the recycling stream because they're either too contaminated with food scraps to use, not actually locally recyclable, or both.

The bottom line is that less than 10% of plastic is recycled, and of that, most is "downcycled" into lower-grade material that itself won't be recyclable the next time around.

So what's a consumer to do? The best advice at the moment is, aside from the notorious plastic bag and film problem, look for the three-arrow recycling label and recycle anything that claims to be recyclable, relying on the human sorters at your local recycling plants to pick the things they can't bundle for remanufacturing out from the objects and materials they can't. That results in recycling centers receiving the most recyclable materials, even if there might be a lot of sorting to do. It shifts the burden of expertise from individual consumers to recycling centers.

But that's expensive, and some states are sick of footing the bill for "fake" recyclables that packagers mark with the three-arrow recycling symbol but know full well have no actual value in the recycling chain. The California bill's solution is to put the burden of determining whether a product is truly recyclable on the companies actually producing those products. They know exactly what their products are made of. They know which of those materials genuinely gets recycled and which don't.

California's proposed rule would bar companies from displaying the three-arrow recycling symbol on their products unless they can prove that material is not just recyclable in theory but is actually recycled in most California communities.

As The New York Times notes, plastics and packaging manufacturers and lobbying organizations are furiously against the bill, claiming it's tremendously burdensome and "unworkable" for producers to determine whether "complex products" are truly recyclable. This is a fib. The short answer is that "complex products" aren't generally recyclable to begin with because they're complex. The real culprit clogging recycling centers is simple, single-use plastic products that might be recyclable in the strict technical sense of the world but have no real-world infrastructure that can actually recycle them.

It won't take very long for the state and manufacturing associations to run the numbers and identify which plastics are being recycled in most of California and which aren't. The plastics industry simply doesn't want the packaging to reflect that data because claiming their products are "recyclable" is one of the few remaining ways the industry can blunt attacks on the pollution and climate dangers produced by their products.

This is a clever move on California's part. It's simply not arguable that consumers or recycling center employees know more about what plastic products are recyclable than the manufacturers of those products; putting that responsibility on manufacturers seems unquestionably the cheapest option. Being forced to remove the three-arrow recycling symbol from non-recyclable products will prevent companies from defrauding customers into thinking their products are "cleaner" than they actually are. Customers are likely to respond, as they now toss some of their most frequently purchased products into the trash instead of the blue recycling bin alongside it, by rethinking their purchases and favoring companies that do produce recyclable goods.

Companies have two ways to solve the new problem. Packagers can switch to materials that are more easily recycled, abandoning the harder-to-recycle formulations. To combat that, plastics manufacturers themselves could fund recycling plants that do recycle the materials they're using. In either case, the market will have spoken, and the results will be a net boon for recycling plants and the planet alike.

Other market solutions could be brought to bear here as well. Nearby Oregon has taken the approach of taxing manufacturers for the recycling costs of the materials they're using; whether that's better or worse than the California approach remains to be seen, but the California one seems simpler.

Billing the manufacturers of hard-to-recycle goods for their eventual disposal is advantageous for consumer electronics and similar goods with high disposal costs, toxic components, and complex recycling requirements. In ten years, presuming we do not all go to hell in a fascist handbasket, state taxes on electronic goods that add a few dollars to the cost of your next iPhone or widescreen television in direct proportion to the cost of disposing of those things might be a common method of funding that disposal.

More ambitious yet would be a program that directly punished the manufacture of "throwaway" consumer goods known for short useful lifetimes and difficulty of repair. A manufacturer of cheap, fragile consumer goods should be taxed much more heavily than a manufacturer producing the same good with more solid, longer-lasting construction. There should be a market disincentive to produce shoddy goods and rewards for producing more durable ones.

Since consumers have increasingly few resources for determining such things, perhaps the government needs to think of a way to get that information out more proactively. Amazon reviews aren't quite cutting it.